An authentic village in the heart of Andalusia, southwest of Granada.

Eight centuries of Moorish presence, until the fall of the Nazarí kingdom, left a deep impression in the village and the surrounding area. The Arab quarter, the remains of old Moorish walls, the castle on the village square and the Arabic baths have been named Cultural Heritage.

Later in history, Christianity also left its mark on the village. The monastery and the churches are permanent witnesses to this. Alhama de Granada has its own character, a natural beauty, built on the edge of one of the most important and impressionant gorges of Spain. (Los Tajos)

And for those who like to spent a nice time on a terrace, or want to have a cool drink  in a bar, a wide range of delicious tapas is available for free with every drink.

Granada embodies the refined culture of Moorish Spain, with the Alhambra, recognized

Granada embodies the refined culture of Moorish Spain, with the Alhambra, recognized as 'wonder of the world' and the Albaicin, the old Moorish part of the city, declared a World Heritage Site by UNESCO.

But modern Granada is also worth a visit for shopping, strolling, having a drink, discovering the "tapa culture" A free sample of the tasty andalusian cuisine is presented as a snack by every drink you take...

Many visitors are surprised that in Andalusia, known for its numerous beaches, one can also ski. Not only that, but Sierra Nevada is one of the best winter resorts in Spain. The Mulhacén, the highest mountain peak on the Iberian Peninsula, reaches up to 3,478 meters, a height that guarantees sufficient snow of top quality, despite the fact that the Sierra Nevada is the most southern European ski resort. 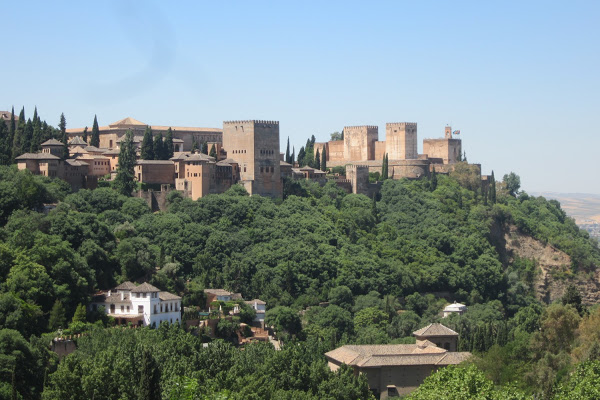 A bustling port city and seaside resort. The old Malaga located around the cathedral, the beautiful shopping street, the Museo De Picasso, Museo Thyssen, a bustling city center full of references to its once glorious past, make a trip to Malaga worthwhile. 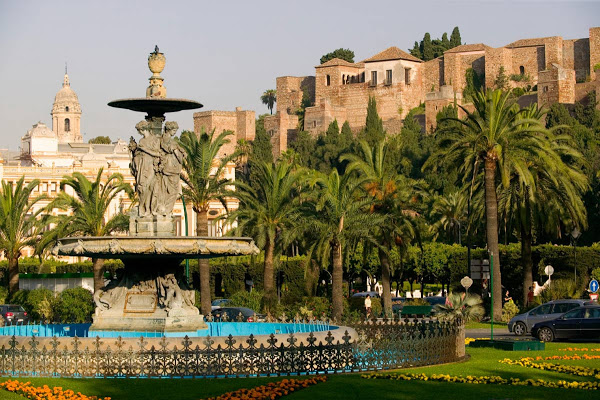 Once the capital of Al-Andalus (the original name of Andalucia).

Cordoba is best known for the world famous Mezquita, located opposite the Puente Romano.

The old town is draped around the Mezquita and is a maze of whitewashed houses, patios full of flowers and narrow alleyways. The historic center was declared a UNESCO World Heritage Site in 1994.

All these sights guarantee an unforgettable visit to this city that immerses you in a once Moorish past. 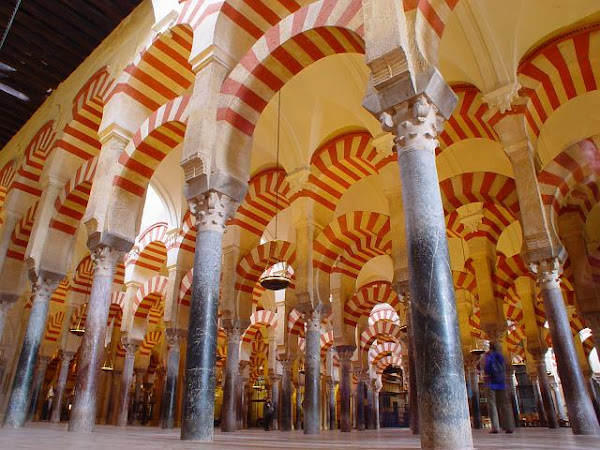 The capital of Andalusia is a city with a rich historical past, located on the river Guadalquivir.

Monuments such as the Cathedral, the Giralda, Los Reales Alcázares, the Plaza de la Maestranza, Casa de Pilatos etc ... are just a few examples of Seville's attractions. But the city of Carmen, Don Juan and Figaro also exudes romance. And for those who are looking for the modern city in Seville, there are nice shops, bars and terraces.

Seville: the heart of the FLAMENCO 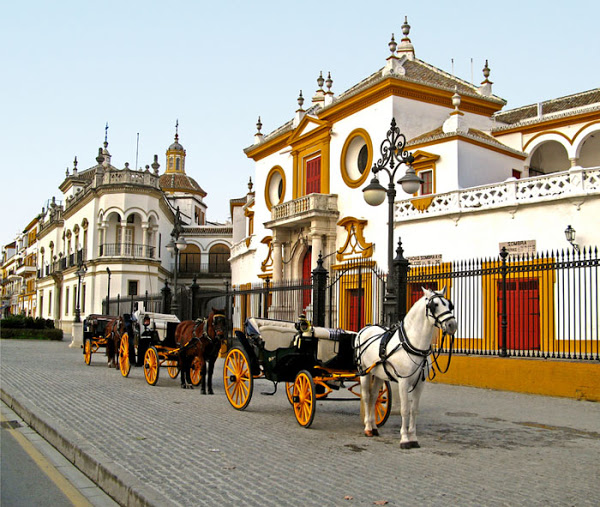 The jewel of the province of Granada on the steep banks of the "Río Salado", a saline river. 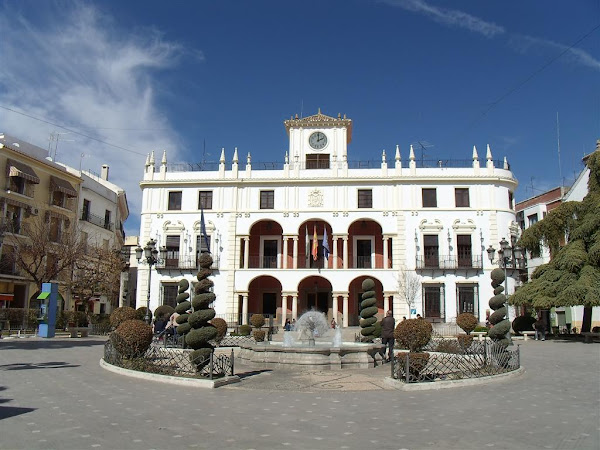 But what everyone wants to see who visits Ronda is the famous Puente Nuevo. The bridge spans the gap at the deepest and narrowest point. This makes a daytrip to Ronda definitely worthwhile. 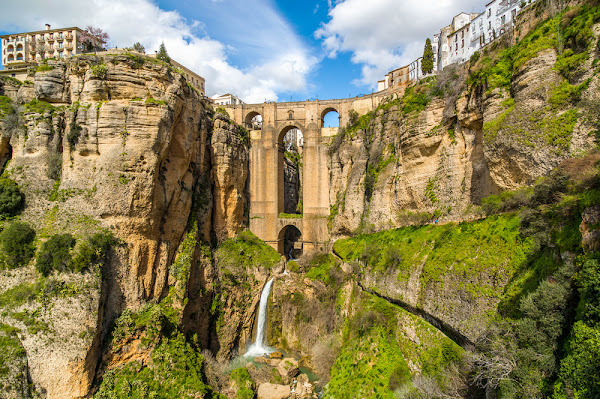 THE TOURIST ROUTE OF LA AXARQUÍA

La Axarquía is located in the province of Malaga bordering the province of Granada and has 5 different routes: the Ruta del Vino, the Ruta del Sol y Subtropical, Ruta Mudéjar, Ruta de la Pasa and the Ruta del Aceite y los Montes. All these routes extend between sea and high mountains along winding roads between small villages, beautiful landscapes and splashing rivers.

Villages such as Canillas de Aceituno, Canillas de Albaida, Archez and the coastal towns of Frigiliana, Cómpeta and Nerja, with its famous caves and the Balcón de Europa, are certainly worth a visit.